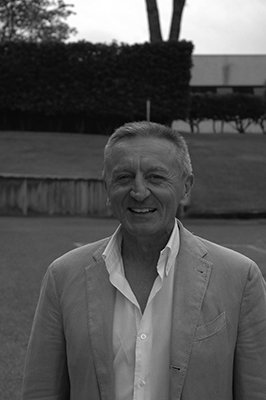 2019: Italian reseller Errebian, under the leadership of President Ferdinando Rese, has expanded its sustainability credentials and partnered with the Ambiente Mare Italia association as part of its commitment to reducing consumption of disposable plastics, while educating its customers to do the same.

Its campaign LiberAMI dalla Plastica (Free Me from Plastic) aims to protect the world’s oceans from plastic pollution. In line with this, Errebian has been reviewing its product offering and now provides a wide range of compostable and biodegradable products, particularly across its HoReCa lines. Rese reports that the HoReCa business is thriving, with growth continuing to accelerate.

While revenue from traditional office supplies is in decline, there is strong growth in other categories such as furniture, jan/san, promotional items, managed print services and PPE/workwear. Errebian’s focus on the packaging sector has also produced excellent results and the company continues to expand its product range. A new CRM system is helping to provide Errebian’s sales teams with the right information to keep abreast of the diverse product areas.

2018: Under the stewardship of President Ferdinando Rese, Errebian has enjoyed continued strong growth in the managed print services and promotional items categories. Additionally, investment in stocking a wider range of PPE and workwear products has provided the company with a powerful competitive advantage in this sub-sector.

Errebian’s Furniture Business Unit launched a new programme known as ‘Arready’, offering an economic range of office furniture and seating products backed by a swift delivery service. Its aim is to bring the furniture category – already a growing part of the business – to a different type of customer. Investments have also been made in the packaging sector, with an expanded product range that has resulted in increasing revenues.

The HoReCa sector that the company entered in 2017 is still under development, but Errebian is pleased with its success so far. Additionally, its CRM strategy continues to move forward with the aim of providing a better business proposition to the company’s customer base.

2017: Errebian is busy increasing its specialisation in non-traditional categories such as PPE/workwear, jan/san, promotional items and managed print services as it faces a continued contraction in office products.

In 2017, the large reseller has put into action strategies to tackle the HoReCa segment. This industry includes customers like hotels, bars, restaurants and camp sites, which is extremely relevant in Italy where tourism has a major impact on the national economy.

Under Rese’s stewardship, Errebian’s main priority for 2018 will be the implementation of a CRM strategy designed to provide its salesforce with the right information at the right time.

2016 – It’s pretty much business as usual for the giant Italian contract stationer as it accelerates its pursuit of non-traditional categories.

In the personal protection equipment and workwear category, for example, Errebian has doubled its stock over the past year to 2,000 SKUs, while the segment carries on growing in the double-digits.

Growth in managed print services is also continuing on a rapid expansion path, to the extent that it has quadrupled contract signings to 80 a month so far this year.

2015 – As one of Italy’s largest contract stationers – sales of around €120 million/$132 million – Errebian has been busy forging its way ahead through a concentrated focus on non-traditional categories.

According to President Ferdinando Rese, these categories are doing exceptionally well. For example, the reseller now stocks more than 1,000 SKUs in the personal protection equipment and workwear category, which is registering double-digit growth every month.

A move into jan/san has not only enabled Errebian to expand its product selection to existing customers, but also extend its prospect customer base.

Another of its growth segments is the hardware and software business unit, thanks primarily to the introduction of managed print services (MPS) last year. Over the course of 2015, Rese reports that MPS has shown an impressive growth trajectory with more than 20 contracts signed every month.