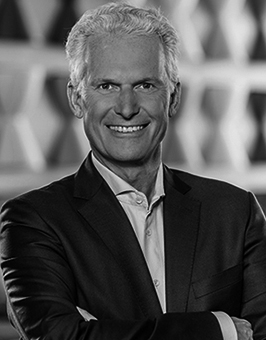 For more information on Soennecken, read the following articles:

Soennecken reduces size of executive board

Big Interview: Solid as a rock

2021: In incredibly challenging times, Soennecken continues to plough ahead with a vast range of initiatives. These include product diversification (a coffee franchise and ‘new work’ segment being just two examples), home office services, education and training programmes, consultancy aid for public tenders, and a 360-degree marketing concept.

The last of these – a 360-degree and increasingly digitised approach – has become more important than ever before, particularly so for Soennecken’s approximately 170 traditional, retail-based members, which make up about a third of its total membership.

The group, under the leadership of Chairman Dr Benedikt Erdmann, onboarded 17 new dealers in 2021 (as of September), already matching the total number for 2020. Members, as a result of COVID-19, have benefited again from early dividend payouts, helping them with all-important cashflow challenges.

Financially-speaking and as expected, total group revenues as of the end of May 2021 were down, 3.2% compared to 2020 and 11.9% going back to 2019. But, during the May AGM, Dr Erdmann was hopeful that, at the very least, last year’s figures could be matched by the end of 2021. But fully emerging from the COVID-19 crisis is certainly going to be a marathon rather than a sprint. “We are determined to not be beaten by the pandemic and to have considerable revenue increases by 2025,” he said.

2019: This year has been marked by the ongoing development and success of a number of initiatives at German dealer group Soennecken as well as the introduction of several new ones.

From a member perspective, 2019 is already ahead of the prior year with 22 new dealer members at the halfway point of the year – this compares to 31 new dealers in the whole of 2018. This, says Soennecken, which continues to be expertly led by group Chairman Dr Benedikt Erdmann, is partly due to the fact that it has adapted its membership model, with members now being able to sign up to certain services – the use of the LogServe wholesaling facility, for example – rather than having to adopt an ‘all-in’ approach.

In total, adds Erdmann, combined member revenues are up. That, he says, is the result of excellent success in the tender business and members’ willingness to focus on their core capabilities of sales while placing greater trust in leaving cost-sensitive functions such as logistics and purchasing to their dealer group Soennecken.

On the question of trust and efficiency also, the group in 2018 began to offer an outsourcing service to its smaller dealer members whereby the dealer concentrates on the selling function while Soennecken’s outsourcing partner takes on the majority of the time-consuming back office tasks.

From a logistics point of view, the group has completed the building of its new facility near Kiel in northern Germany in partnership with dealer member Hugo Hamann. Deliveries from this brand new warehouse – predominantly to members and their customers in that part of the country – started in July of this year.

In fact, Chairman Dr Benedikt Erdmann and his team have had a particularly successful dealer recruitment year. From January to September 2018 alone, the group added 19 new dealers, nearly double what was achieved in the comparable year-ago period. This, says Erdmann, is due to ever increasing service offerings across all disciplines of the group, a consistent and solid logistics performance as well as flexibility as regards specific dealer member needs.

In terms of logistics specifically – where the group is doing particularly well – Soennecken enlarged its distribution centre at its headquarters in Overath by 4,000 sq m (40,000 sq ft), allowing for a bigger product breadth and depth and further growth potential. Product expansion is particularly focused on the breakroom, jan/san and technology segments. More solutions-related, office installation and IT services are high on the agenda.

In addition to its wholesale presence at HQ, Soennecken, in collaboration with dealer member Hugo Hamann, is in the process of building another logistics facility in the north of the country (near the city of Kiel). The plan is for this facility – to be run by Soennecken, not Hamann – to become operational in the summer of 2019.

2017: German dealer group Soennecken has had a good year so far, despite the fact that another of its biggest dealers – long-standing member Plate from northern Germany – announced that it will join rival group Büroring in January 2018. That said, Soennecken acquired ten new members in 2017 so far and that should go some way towards compensating for Plate’s loss next year.

Under the expert guidance of Chairman Dr Benedikt Erdmann, Soennecken has had its fingers in many pies this year and continues to offer more and more services to its members, including training, help with recruitment, the Soennecken community chatroom as well as better access to a host of products, including technology, EOS and storage media. Financially, it stands on solid ground, with total revenues up 2.4% in 2016 to €575 million ($678 million) and dividend pay-outs to its members of approximately €11 million.

The group is also managing the difficult balancing act of providing products, services and logistics (the latter so much so that another significant expansion of its distribution centre is currently underway) to its members while at the same time growing its direct business und running the Ortloff dealership in Cologne which it acquired two years ago.

It might not be to every member’s liking – Kaut Bullinger and Plate are both proof of that, although there’s arguably more to it than meets the eye – but Soennecken is a dealer group that’s changing with the times, along with other channels in our industry.

2016: Plenty has happened at Soennecken over the past year or so. But what many industry peers in the German business supplies space will remember the most is the somewhat acrimonious departure of the dealer group’s largest – and very long-standing – member Kaut-Bullinger this year.

Soennecken Chairman Dr Benedikt Erdmann doesn’t let that cloud the group’s overall performance, however, reassuring members that the loss of revenue – about 0.8% less than originally planned for the year – would not impact the level of dividends paid – currently standing at €11 million ($11.7 million). He also points to gaining 14 new members over the course of the year.

All in all, it’s been a good year for Soennecken so far, with 18% growth in its office equipment business, good progress with its direct selling retail outlet Ortloff, a newly automated logistics system, product expansion, as well as a host of new training programmes that members can benefit from.

2015: Having announced its direct selling intentions last year which was followed by the change of its bylaws at the end of 2014, German dealer group Soennecken this spring took its first direct steps and bought retailer Ortloff, a deal that was finalised in June.

But while this direct concept may not sit well with all of its members – most are pragmatic about it and also realise the benefits that Chairman Dr Benedikt Erdmann says it can bring to the dealer community as a whole – Soennecken as an entity remains hugely committed to its members. Its range of services is ever growing, particularly in the area of digitisation and indeed the combination and integration of on- and offline sales and marketing.