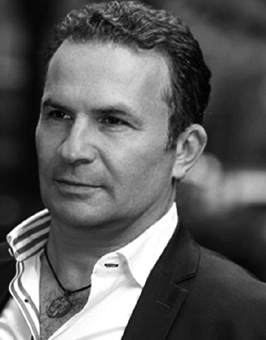 Tony Ellison founded leading US e-marketplace Shoplet in 1994 which boasts three million subscribed users and over one million products.

For more information on Shoplet and Tony Ellison, read the following articles:

2019: Under the leadership of CEO Tony Ellison, US e-tailer Shoplet has had another impressive year, with one of the strongest growth periods in the company’s history, both in percentage terms and in overall sales.

The business has continued to expand into the medical category by enlarging its range; this has been boosted by securing a General Services Administration contract with the US government for medical supplies.

Additionally, Shoplet has continued to upgrade its website, making it fully mobile responsive, which has already contributed positively to sales, particularly with its millennial customers.

2018: US e-tailer Shoplet.com continues to be led by CEO Tony Ellison. The past 12 months has been a period of rapid growth for the company which has been concentrating on growing its mobile-based business. It has also expanded into the medical sector, adding over 40,000 items in this category.

Ellison says Shoplet is leading the way in our sector by having a fully-responsive mobile site that adjusts to the device it’s being viewed on in real time. He attributes the company’s 2018 double-digit growth primarily to better online conversion rates and an improved user experience.

Indeed, a recent independent study conducted by Apruve ranked Shoplet’s e-commerce site as the second best in the industry for B2B buying features and marketing, and the best overall for user experience, outperforming Amazon. The company was praised for having a “great understanding” of its target market and for its ability to direct cost-sensitive buyers to deals.

2017: US e-tailer Shoplet.com remains on course to achieve its target of having two million SKUs in its line-up within the next couple of years. CEO Tony Ellison says that the company continues to benefit from the huge migration of offline purchasing to online sales, as the closure of OP bricks-and-mortar stores accelerates in the US.

Shoplet is also reaping the benefits of previous diversification into other product categories. Its medical supplies offering in particular is undergoing significant expansion as that sector is now performing especially well in the US.

2016: Following the 2014 milestone of offering one million product SKUs on the Shoplet.com website, the e-tailer founded by Tony Ellison in 1994 continues to expand its product line-up. Ellison estimates the number of products available at around 1.1 million and the plan is to reach two million within the next three years.

As well as expansion into categories such as cleaning and furniture, medical supplies has been a major focus and the reseller now offers 70,000 SKUs of non-prescription and non-acute care supplies.

While Ellison is reluctant to provide sales figures, he says Shoplet.com is growing despite the secular declines in traditional office products. He is particularly proud of developments to Shoplet.com’s web platform including the move into mobile and responsive technologies as he strives to achieve a “frictionless” e-commerce experience for customers.

Ellison says he remains committed to Shoplet’s UK operations which are now growing again following the appointment of Peter Haynes as the subsidiary’s Managing Director at the beginning of 2016.

At the time, CEO Tony Ellison said the announcement was evidence of the website’s growth, and that has continued this year in areas such as medical supplies.

In Europe, Shoplet UK has been given fresh impetus under the direction of former Spicers CEO Alan Ball, and it has just been announced that it will open in the Irish market in early 2016 – with plans to expand into continental Europe after that.