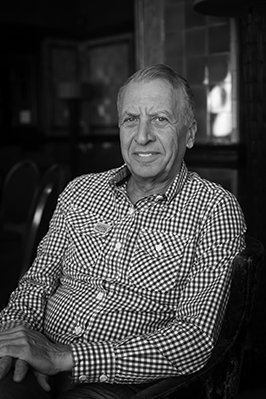 2019: It’s been a year of bedding down the 2018 Lyreco acquisition and tying up some loose ends, such as shutting down redundant distribution centres, at Australia-based independent dealer Complete Office Supplies (COS). As company founder and CEO Dominique Lyone says: “We are now starting to see green shoots and the benefit of synergies.”

On a different note, COS recently also closed the Vital Office acquisition which, although a considerably smaller business, is strategically important for the company because of its focus on the education market. First announced in August, COS bought Vital from local paper and stationery trading group Vital Solutions. It will add approximately A$10 million (US$6.8 million) to COS’s annual sales.

In other news, Amie Lyone, Executive Leader of Operations at COS and Lyone’s daughter, was recently honoured at the Family Business Australia annual awards, picking up the 2019 Next Generation Achiever Award. The award highlights the role played by emerging leaders and recognises an outstanding person who is successfully navigating the path to leadership in a family business. Amie joined COS in 2004 and is currently in charge of all its operations teams across Australia, including nine distribution centres and a national delivery fleet.

2018: To say it’s been a year of prolific action in the Australian business supplies market would be an understatement. And independent dealer Complete Office Supplies (COS) and its founder and CEO Dominique Lyone have seen a fair share of that action.

Having been unsuccessful in his bid for OfficeMax Australia several months prior, in May Lyone acquired Lyreco’s Australian operations. This has given COS much-needed extra scale in the market in the fight against its mighty competitor of OfficeMax/Winc under the Platinum Equity umbrella.

Combined, revenues amount to A$215 million (US$160 million). Both companies’ distribution centres (DCs) are being condensed to seven in total (from 12), testifying to the extra capacity both operators had, and in fact highlighting the need for consolidation in the channel. Staff numbers were “right-sized” too, as Lyone explains, with COS currently having a workforce of about 500.

According to Lyone, there are a number of benefits that come from the Lyreco acquisition, including the fact that the France-based reseller did a better job than COS in Australia’s mid-market. It also gives COS access to international customers as part of the agreement with Lyreco.

While consolidation at the top end of the market is evidently done, Lyone still foresees smaller dealers consolidating and buying each other out. COS itself, he adds, is always on the lookout for opportunities, particularly in segments outside of the core categories, such as jan/san or furniture.

Read our Big Interview with Dominique Lyone in the July/August issue of OPI.

Back in July, he made a surprise rival bid for OfficeMax Australia after owner Office Depot decided to divest its international operations. This offer came a mere three months after Depot had ‘agreed’ a sale to Platinum Equity, which now owns Winc – formerly known as Staples Australia and New Zealand.

After Australian consumer watchdog ACCC investigated both proposals, in mid-November, the COS deal was approved. But in a twist of events, two weeks later so too was Platinum Equity’s bid. Whatever happens, 2018 is sure to be an eventful year.

However, COS still has the backing of New Zealand’s Commerce Commission which joined the reseller in early November to launch a High Court injunction to prevent Platinum Equity from acquiring OfficeMax in the country.

Category-wise, Lyone says a good market response from its furniture offering gave the reseller record sales – just short of A$10 million. COS also made a minor acquisition of a regional player focused on furniture and education. This move helped the company makes its “modest” entry into the education sector and COS now has an offering in all the country’s capital cities.

In addition, for the first time in the company’s history, jan/san outperformed office paper as a category.

Keeping up its environmental credentials, the reseller spent over A$1 million on solar panels for its distribution centres in Sydney, Brisbane and Melbourne.

Performance-wise, sales for the most recent financial year grew by an impressive 13% to A$122 million (US$94 million), led by the technology category (+40%) and followed by furniture (+29%) and jan/san (+20%). The office furniture offering has also been enhanced by the introduction of a workplace design and fit-out solution and website called COS Working Spaces.

Investments have been made to revamp the COS website, giving it a responsive design that works across all devices. The next phase for COS in terms of e-commerce is to create a more open online platform to attract more small and medium-sized business customers.

Other initiatives include the reconfiguration of the distribution facility in the state of Victoria; the launch of a content marketing-driven office products blog called COS Fast Facts; a new, environmentally-friendly delivery service that uses returnable tub containers; and the rapid expansion of the Indigenous products range.

Lyone has always been one to recognise his humble beginnings and the support he and his family received when they moved to Australia from Egypt in the 1960s, and he established the Lyone Foundation in 2013 which supports local charities. Most recently, the foundation has sponsored an indigenous childcare programme in Queensland.

COS’s contribution to the Lyone Foundation led to the company being named as a 2016 Australian Business Awards 2016 winner in the Community Contribution category. COS was also recognised when Belinda Lyone – Dominque’s daughter and the company’s General Manager of Strategic Sourcing & Marketing – was presented with the 2016 Family Business Australia Next Generation Achiever award.

2015: After a couple of tough years, COS’s Dominique Lyone said he was “proud” to be back in growth after the company grew sales by 3% in its latest financial year.

Similar to many resellers today, the growth has been derived from outside traditional categories, and COS is no exception. The biggest sales increases in the past year were from the reseller’s promotional, technology and workplace safety categories.

Helping push through the improvements, COS extended its segmentation strategy beyond its sales force into promotions, procurement and online. In addition, its all-important website was recently revamped in order to maintain its “frontrunner” status in the country, according to Lyone.