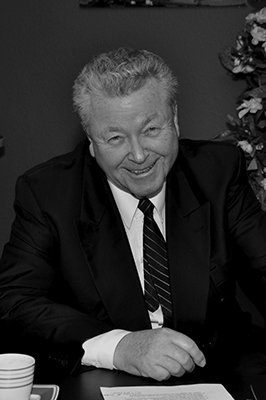 2019: Publicity-shy Plate remains one of the largest independent dealers in Germany. It continues to be run officially, at Managing Director level, by Dieter Schmidt, but many of the day-to-day operations have long been the remit of Schmidt’s children and other senior staff.

Having been a family business for five generations, the message from this reseller tends to be “business as usual, no change”, but it clearly has evolved as much as its fellow operators. Plate’s product portfolio now encompasses much more than traditional office supplies, spanning all adjacent categories from breakroom and jan/san to PPE, safety and first aid equipment.

Having swapped dealer groups at the beginning of 2018, Plate’s senior management confirms that its current arrangement with Büroring is working well.

2018: One of Germany’s largest independent dealers, northern German operator Plate, continues to be run by Managing Director Dieter Schmidt. Having been at the helm of the company for more than 40 years, Schmidt is supported in his role by his children and other senior staff. And despite the fact that he’s long past retirement age, Schmidt remains fully involved in all decision-making aspects of the company.

Plate is not a reseller that boasts about its achievements and activities, and little is known about this well-established, fifth-generation family operator. A noteworthy development is that the company left long-standing dealer group partner Soennecken at the end of last year to join rival group Büroring  in January 2018.

2017: After well over 40 years at the helm, Dieter Schmidt continues to play a pivotal role at large German OP reseller Plate. Having long passed retirement age, Schmidt now takes more of an overview and somewhat part-time role at the company which is run on a daily basis by his children and other senior management.

Plate is notoriously press-shy and even locally and in the national trade press in Germany little is known about this German operator that is both a long-standing member of dealer group Soennecken and part of the European Office Supplies Alliance (EOSA).

2016: Dieter Schmidt continues to be in charge at long-established northern German reseller Plate. One of the biggest independents in the country – and geographically-speaking at the opposite end to chief rival Kaut-Bullinger – the business is run on a day-to-day basis by Schmidt’s children and other senior staff. That said, Plate is keen to point out that Schmidt, despite having long reached retirement age, is still very involved in all decision-making aspects of the company.

2015: Famously press-shy, Dieter Schmidt has been the face of German B2B reseller Plate for well over 40 years now. Despite handing over more and more core functions and responsibilities to members of the family as well as other senior staff, Schmidt remains at the helm of the company that is deeply rooted in the northern German city of Bremen, but has a comprehensive national approach and reach.