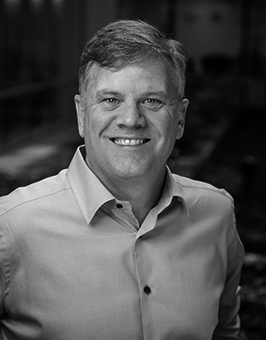 DG Macpherson took over the leadership of MRO supplies reseller in October 2016, having started at the company in 2008.

For further information on DG Macpherson and Grainger, read the following:

2021: MRO reseller Grainger, under the leadership of CEO DG Macpherson, began 2021 by merging all its North American commercial functions – comprising the US, Canada, Mexico and Puerto Rico – into one organisation, with the aim of driving profitable share gains across these countries.

For Q2 2021, the company reported sales of $3.2 billion, up 13.1% compared to the same period in 2020. It had also generated $269 million in operating cash flow and returned $203 million to shareholders through dividends and share repurchases.

Looking forward, Grainger sees commodity-driven product shortages, late supplier shipments, challenges in hiring staff and transportation constraints as its main challenges as we emerge from the pandemic. However, Macpherson predicts that by the end of 2021, it would still see overall sales of $12.7-13 billion (up from $11.5 billion in pre-COVID 2019), and an operating margin of 11.8-12.4%.

Despite substantial progress across its operations, the firm has revised its revenue growth down to be in the 2.5% range from a previous forecast of 4-8.5%.

2019: Under the steady guiding hand of CEO DG Macpherson, MRO reseller Grainger has been focused on driving growth in 2019.

The reseller has been busy improving its cost structure and is well on the way to achieving its two-year plan – announced in 2017 – of taking around £200 million of cost out of the business. Last year, it achieved $130 million in savings and productivity improvements.

Grainger has also spent the past two years resetting its operations in Canada which has included the closure of more than 100 branches. It is now introducing up to 100,000 new products and improving its website functionality to help reflect the new market realities and establish a platform that supports expansion across a more diverse set of customer segments.

In the US, the company plans to drive organic growth by offering differentiated sales and services, building advantaged MRO solutions and delivering unparalleled customer service. To accelerate growth in its Zoro business, Grainger intends to leverage learnings from its successful MonotaRO online platform in Japan. Initiatives are anticipated to include product proliferation efforts and investments in technology and people to build analytics and customer segmentation capabilities similar to those of MonotaRO. While these incremental investments are expected to impact margin growth in 2019, the reseller believes both sales growth and margin performance for Zoro will improve in the next several years.

Despite substantial progress across its operations, the firm has revised its revenue growth down to be in the 2.5% range from a previous forecast of 4-8.5%.

2018: Now starting his third year in charge of MRO reseller Grainger, CEO DG MacPherson is intent on the turnaround of the Canadian business while expanding the company’s online capabilities.

Grainger is busy closing branches in Canada to halt falling sales, other markets are booming due to strong online growth. At the beginning of the year, the company launched a UK version of its online-only store, building on the existing e-commerce capabilities of its subsidiary, Cromwell Group.

Despite continued pressure from Amazon, Grainger is ranked tenth largest e-commerce retailer in North America by Internet Retailer with around 69% of orders originating through its Grainger.com, KeepStock and EDI/ePro digital channels. The reseller has again also been named as one of the World’s Most Admired Companies for 2018 by Fortune.

2017: Now just over a year into the job, Grainger CEO DG Macpherson has overseen something of a mixed past 12 months. When he joined the company in late 2016 the business had begun initiating a series of pricing changes in an attempt to compete with Amazon. These were fully integrated in 2017 and it was hoped that this approach would both attract new customers and increase penetration with existing ones.

However, the MRO and business supplies reseller saw disappointing Q1 results. Reported sales of $2.5 billion were an increase of 1% compared to the same period in 2016, but adjusted operating profit came in at $290 million, 14% lower than the previous year. Elsewhere, its e-commerce businesses – MonotaRO in Japan and Zoro in the US – provided some relief. Both continued to perform well, delivering strong sales growth of 23%.

Q2 and Q3 saw the results of the company’s competitive pricing initiative begin to take effect, with the group reporting further modest sales growth despite some difficulties in its operating regions. For the three months ended 30 September, sales increased 2% to $2.6 billion.

In November, Grainger was awarded a new Schedule 51V contract by the General Services Administration that will see it continuing to sell to US federal government customers for the next five years, with the option of this being reviewed for three additional terms by mutual agreement.

According to the company, it had realised more than $2 billion in sales under the previous contract, which it first entered into back in 1999. Grainger offers around 800,000 Trade Agreements Act (TAA)-compliant products to its government customers, including its range of PPE and safety supplies.

2016: DG Macpherson is one of the newcomers to this year’s OPI Top 100 list as CEO of Grainger, this month filling the large boots of his predecessor Jim Ryan who’s assuming the Chairman role.

But Macpherson is no stranger to the global MRO and business supplies reseller, and is well-placed to succeed Ryan. Even before he joined Grainger in 2008, he had close dealings with the firm through Boston Consulting Group, where, in his role as Partner and Managing Director from 2002-2008, he served as a consultant to Grainger on a number of strategic and operational efforts.

Before being made COO of the reseller in August 2015, he was SVP and Group President of Global Supply Chain and International, where he led the development of corporate strategy and continuous improvement, the global supply chain organisation, the company’s single channel online business model and international operations in Asia and Europe.

All that will stand him in good stead for his new role. Ryan himself oversaw significant investment in the firm’s supply chain and IT infrastructure, both of which contributed to the company’s growth in revenues from $5.9 billion in 2008 to $10 billion in 2015.

However, Macpherson also comes in at a time when the firm’s Q2 results showed a 4% drop in US sales, and an 8% operating profit decline. Like other big resellers in the business supplies sector – notably Staples and Office Depot -– one of Grainger’s answers to top-line and margin pressures comes in the shape of a push into the lucrative mid-market segment.