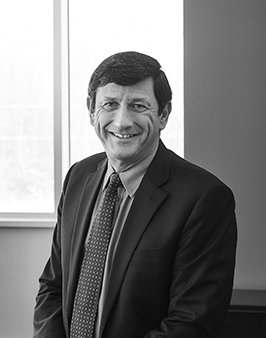 2021: In the 12 months to 31 May 2021, Novexco had its best-ever year in terms of revenue. The top line grew 12% year on year despite the impact of COVID. CEO Denis Mathieu points to a number of factors, such as the impact of the S.P. Richards (SPR) Canada acquisition (purchased few weeks prior to the onset of the pandemic), Hamster dealers taking share in the B2C space fuelled by buy-local trends, and share gains in the contract channel.

It’s been a busy 18 months or so for Mathieu and his teams on several fronts.

The SPR systems had to be separated from the US, a complex project which was completed several months ahead of schedule. In relation to the acquisition, the distribution facility in Edmonton was consolidated into one in Calgary, with the latter location expanded to hold more inventory. Meanwhile, the integration of SPR’s Vancouver warehouse into the Canadian network of warehouses will be completed early next year.

Taking advantage of wage subsidies from the Canadian government, Novexco has invested more than C$31 million (US$25 million) on infrastructure improvements and enhancing customer service levels. These have included a new ERP system, doubling the size of the warehouse in Toronto (which was officially opened in September), acquiring the main warehouse and head office in the Montreal area and investing in more inventory.

Mathieu admits the uncertainty surrounding COVID is still a headache when it comes to forecasting when the general business environment will rebound, but says that Novexco is now ready to face whatever challenges are thrown at it.

The company itself has adopted a hybrid working model – which it will re-evaluate in January. A new software program has been put in place to improve communication and gather feedback from employees across Canada. In connection with this, office premises are being expanded to provide more comfort and space, HR budgets for team-building activities have been increased, and a gym is being built at the head office. Mathieu says he wants staff to appreciate being in the office.

2020: Novexco began 2020 with the acquisition of the Canadian operations of S.P. Richards (SPR). CEO Denis Mathieu said he had been pursuing SPR Canada – which had sales in 2019 of approximately $50 million – for some time. The stars finally aligned when SPR owner GPC looked to offload certain assets that were not part of the planned takeover of the US business by Mike Maggio and Yancey Jones Sr.

The addition of SPR Canada bolstered Novexco’s existing wholesaling operations in Canada, giving it coast-to-coast market coverage. The transaction also included the rights to the SPR Canada name. Given its strong brand reputation in the market, this will become Novexco’s wholesaling brand in Canada, meaning an integration with its existing Chestwood business. Novexco and SPR in the US have also developed a strategic relationship for the provision of private label brands such as Business Source, Genuine Joe and Lorell.

Mathieu moved swiftly to take decisive action at the outset of the COVID-19 pandemic. Setting up what he called a ‘SWAT team’, the group’s leadership took aggressive steps to reduce both fixed and variable costs. These included temporary layoffs and a reduction in the number of distribution facilities from ten to eight. The measures resulted in Novexco ending its financial year to 31 May on a strong footing and being able to increase its dividend payout to members.

Initiatives also comprised financial support to more than 100 independent dealers that operate under the Hamster brand. They were given improved payment terms, a cut of the revenues from the central Hamster.ca website – which, incidentally, was up 600% as consumers moved online – and an additional dividend.

The current financial year has got off to a good start. Organic sales (excluding SPR Canada) were up between 3-4% in the June-August period as members tapped into the wider assortment of cleaning and PPE products.

2019: Canada-based Novexco, under the leadership of CEO Denis Mathieu, has now completed the third year of its strategic plan that was focused primarily on brand awareness and growth.

The group’s three divisions – a dealer group, wholesale operation and contract business – all benefited from acquisitions made in the first half of this three-year plan, as well as from the launch of the new Hamster brand in 2018. In fact, the brand name change from BuroPLUS to Hamster has been hugely beneficial to Novexco, says Mathieu, rejuvenating not only the group’s image, but also increasing awareness among all its target audiences and creating a real differentiator from the competition.

He adds: “The past year has been a period where we have capitalised on our assets and all our channels have grown. The publicity generated around the new Hamster banner has increased our notoriety in the east of the country while we have expanded our service offering in the west through the Chestwood reseller division.”

From a revenue point of view, Novexco has posted record results in the last financial year, with categories such as furniture, for example, growing more than 30%.

Novexco’s commercial division has continued its development and signed several contracts with bothCanadian and international clients. The mandate of this part of the group is to offer a distribution network to a national clientele without interfering with local customers that are dedicated to regional dealers. The idea, explains Mathieu, is that all Novexco divisions complement each other, allowing the group to better utilise its assets and thereby remain competitive and generate growth.

2018: When Denis Mathieu took over from retiring Robert de Montigny as Novexco’s CEO in mid-2016, he quickly put a three-year plan in place that was based on three major pillars: brand awareness, acquisitions and organic growth. The ultimate aim? To improve the customer experience.

The most urgent of these plans was a rebrand as there simply wasn’t a cohesive brand and somewhat of a split identity in the organisation, which comprises a dealer group, wholesale operation and contract business division. Hamster – the new brand – was launched in April. As Mathieu says: “The idea behind it is that we’re always moving. Like the little thing in our head that is always spinning, we are always looking for better solutions and better answers. We believe that we’re different from the competition and we want to show the market that difference.”

The new Hamster brand spans all of Novexco’s divisions and allows its dealers in particular to keep their own regional name and identity, but combine it with the national Hamster brand – a win-win, according to Mathieu. Dealer conversion to the brand after only six months is already 90% complete.

Acquisitions are another priority and Novexco has made three strategic purchases over the past two years, giving it a wider footprint in terms of geographic reach as well as product and service expertise. But organic growth is also vital. Overall, the group went from 400 employees to 500 in the past two years. It now has 109 stores through its 75 dealer members and revenues in 2017 increased by 19% – 12% organically, plus 7% through acquisitions.

Novexco’s contract division – hugely boosted by the acquisition of Lyreco Canada in 2014, particularly from a national Canadian coverage point of view – now accounts for 70% of total revenues and grew by 13% organically in 2017.

In its current financial year, says Mathieu, the organisation is setting new records in terms of total sales, investment and profit.

2017: Mathieu is President and CEO of Canadian dealer group and contract reseller Novexco, a company privately owned by its BuroPLUS dealer members.

It’s been a little over a year since Mathieu joined the company and, in that time, he has overseen two acquisitions, a dealer in the Montréal area and a distributor in Toronto specialising in distribution of office products and furniture.

The financial results have also reached a historic high in terms of operating profit and cash-flow. The commercial sales team has entered into several agreements which have allowed them to realise double-digit organic growth in the last quarter.

Mathieu attributed this performance to training, new tools and an emphasis on business development, combined with improved quality of customer service. Last spring, the group conducted an independent survey with commercial customers across Canada. An average satisfaction rate of 97% was received from all regions, demonstrating just how well the distribution operations have improved.

Over the past quarter, the group has reached a record number of orders shipped in a single day, on several occasions. Indeed, growth in commercial sales combined with dealer-members’ orders for the back-to-school period resulted in record volume in two out of three of its warehouses.

Over the next year, the emphasis will be on accelerating organic growth by upping the number of representatives both internally and out on the road.

2016: Denis Mathieu was drafted in to head leading Canadian multichannel operator Novexco in June 2016, taking over from the retiring Robert de Montigny.

Mathieu’s brief from the Novexco board is to accelerate sales and growth following the integration of the Lyreco Canada operations, acquired in 2014. That process was not without its issues, but has now been completed; Lyreco Canada has been rebranded as Novexco Commercial and private label products across the whole group have been harmonised under the Offix brand.

The new CEO says he has spent much time in the past few months meeting clients and that the focus will now be on external development following the Lyreco integration. This includes gaining new BuroPlus dealers in the west of Canada where Novexco now has more distribution capabilities thanks to the Lyreco assets it acquired.

Results from the first financial quarter (July-September) were positive, he affirms.