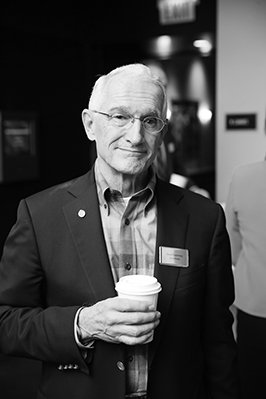 2021: This year, Guernsey celebrates half a century in business. And CEO David Guernsey has certainly needed all the experience he’s accumulated over that time, and the resilience and stamina honed through overcoming previous hurdles to deal with the impact of coronavirus.

For his company and his specific customer demographic that includes a high percentage of large corporates which departed their high-rise locations at the onset of the pandemic to work from home, it’s been tough. As Guernsey said in an OPI Talk podcast and OPI feature, he’s never valued his balance sheet more than over the past year.

“If I could impart anything to the younger generation and the newer people in this industry, I would tell them to rapidly build their balance sheet. When COVID struck, the Guernsey organisation had an extremely strong balance sheet and that’s been quite necessary. When we got about a month or two into the pandemic last year, my team and I decided that it’s time to manage the balance sheet and not worry about the P&L. And that’s what we’ve been doing ever since,” he commented.

“I think overall, we’re going to come out of this stronger than when we went in, and I hope the same can be said for my peers and the entire IDC, my competitors included. But to say it’s been hard would perhaps be the understatement of the past 50 years.”

Before, at least partially, hanging up his OP boots – likely by the end of this year, according to the CEO himself – he promised a few more surprises. And indeed, in May 2021, some of the largest independent business products dealers in the US joined forces in an effort to become more competitive.

Going by the name of Supply Chain Investment Group (SCIG), not much is known yet about this new entity – the number of dealers involved or their identities, for example. But Guernsey at the time of the announcement commented that SCIG had been formed to “explore initiatives which would further enhance each member’s ability to compete successfully in the post-pandemic period”.

One can’t help but feel that there’s more to come before Guernsey disappears from OPI’s Top 100 list. This fierce, decades-long advocate of the independent dealer channel, incidentally, has been featured in every single edition of our Top 100 which, in 2021, is in its 20th year.

2019: So far this year, independent business supplies reseller Guernsey has integrated one acquisition and CEO David Guernsey says he is currently considering two more. However, neither are expected to close before the first quarter ofnext year.

Guernsey himself has been extremely busy through his direct involvement in the merger of the three US dealer groups – Independent Suppliers Group (ISG), TriMega Purchasing Association and Pinnacle Affiliates. “We successfully completed the merger on 1 July and now have numerous initiatives in motion. I was elected as Chairman of the board, so I’m knee-deep in the many efforts to ensure this new organisation brings considerable benefit to all our dealers,” says Guernsey.

The new group has retained ISG as its name and comprises 851 independent dealers with a combined direct buy of $700 million and wholesale spend of $2.5 billion.

2018: Guernsey has made one acquisition so far this year – Commonwealth Paper and Toner joined the business in June – which added considerable staff and volume to its Norfolk (VA) market.

Guernsey CEO David Guernsey is currently working on two more deals: one in the furniture segment, and the other in technology, which is a new category for the independent dealer.

Guernsey says the company will be staying within its current trading footprint and will continue its aggressive effort to bring down the average age of its sales people by adding “young folks” who want to sell furniture and technology. “As for me,” Guernsey adds, “whether it’s working with the Pinnacle or Independent Stationers boards, it’s all about the next steps once the outcome of the wholesalers [Essendant and SP Richards] is determined.”

2017: For independent business supplies reseller Guernsey the major event of the year was the acquisition of Virginia-based furniture dealer Systems Furniture Gallery. The group has since changed the name and has been incorporated as a subsidiary within its Interiors by Guernsey brand. The takeover brought on board seven sales professionals, two designers, alongside front- and back-office personnel to include delivery, installation and assembly teams.

The group continues to expand aggressively in all of its categories and is moving away from merely shipping boxes. It continues to expand into ‘alternative’ markets like jan/san and facilities where it now offers floor cleaning machines and repair/maintenance services.

It has also broadened its breakroom offering, and can now provide services right from the design level to fitting, while also providing equipment to include running electrical and water lines, stock a variety of beverages and food items, and then run the facility for the client.

As always, the group remains on the lookout for acquisitions. There is a further development planned for the end of 2017, but it is being kept tightly under wraps.

As for David, he has just finished building a second home in the Colorado mountains.

2016: 2016 kicked off with a major development for Guernsey in the jan/san space when it acquired SunAmerica Supply, a Virginia-based distributor that predominantly services the Washington DC market. The deal strengthened Guernsey’s expertise and scale in the facilities supplies and jan/san segments, priorities for the company as it develops its single-source strategy.

Providing value-added services that make Guernsey’s relationship with customers ‘stickier’ is a strategy that CEO David Guernsey believes will help get away from price-oriented, transactional sales and give dealers an advantage over big boxes and online players. He is acutely aware of the growing threat of Amazon Business and is making sure Guernsey stays one step ahead of the competition.

Hence the importance of developing areas such as office space planning and design and a full-service breakroom offering – in addition to jan/san services – as Guernsey lives up to its ‘the workplace source’ tagline.

While the reseller is also pursuing a few acquisitions, it’s all hands on deck to build out the new divisions as it looks to offset the decline in traditional office products.

CEO David Guernsey says the company is making good progress in both areas as the top-line is overcoming the flat line of OP. In fact, OP now makes up less than half of Guernsey’s business due to the growth in adjacent categories.