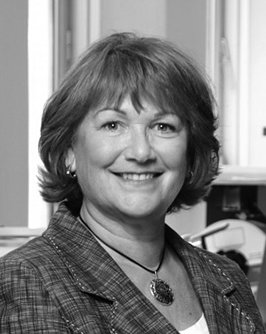 2021: Having completed the integration of the former Staples Solutions businesses in France, Italy and Spain – acquired at the end of 2019 – European group RAJA made another significant office supplies acquisition in August 2021. This time, the France-based packaging specialist agreed to acquire the remaining assets of Office Depot Europe, largely comprising the Viking brand in seven markets, from private equity firm Aurelius. The transaction is expected to close in October.

Adding almost €500 million ($580 million) in sales, Viking will take RAJA’s annual revenue run-rate to more than €1.6 billion. Along with the former Staples’ businesses in France, Italy and Spain, it also gives RAJA a leading presence as a B2B business products e-commerce reseller in ten European countries.

The Viking acquisition came on the back of good 2020 for Danièle Kapel-Marcovici’s group despite the challenges of the COVID pandemic. Strong demand for its packaging products led to significant double-digit organic growth in the core business, while the newly formed RAJA Office division (comprising Bernard, JPG, Mondoffice and Kalamazoo) managed to keep the top line relatively stable.

In the final few months of 2021, key projects include re-energising the Viking marketing and commercial proposition, further developing the office supplies contracts offering and implementing some important changes in the group’s management structure.

2020: RAJA’s 2019 acquisition of Staples Solutions’ operations in France, Italy and Spain (collectively known internally as RAJA Office) certainly took the office products world by surprise. However, it was really a continuation of a product and geographical expansion that began in the mid-1990s.

Nevertheless, with annual revenues of around €320 million ($380 million) and the addition of about 1,000 staff, RAJA Office was by a considerable margin the packaging specialist’s largest acquisition to date.

The rationale behind the move was the realisation that B2B purchasers are increasingly looking for one-stop experts for their indirect purchasing needs. The office products offering of JPG, Mondoffice and Kalamazoo, coupled with the jan/san-focused Bernard, tied in snugly with RAJA’s existing packaging, MRO, facilities and business equipment SKUs.

With the exception of Bernard, the outbreak of the coronavirus pandemic couldn’t have happened at a worse time or place for RAJA Office. It came just four months after the closing of the transaction and France, Italy and Spain, of course, were among the European countries most deeply affected by lockdowns.

Not that this gave RAJA CEO Danièle Kapel-Marcovici second thoughts about the acquisition. While she has been less than complimentary about the state that private equity owner Cerberus left the businesses in (see Big Interview, OPI May/June 2020, page 16), it is full-steam ahead with bringing the companies into the RAJA fold and achieving autonomy in areas such as IT systems, purchasing and customer service.

Apart from a change at JPG at the start of the year, Kapel-Marcovici has kept faith in the local RAJA Office management teams and there appears to be a good rapport between them and the existing RAJA country leaders. Staff in Italy and Spain, in particular, have been working closely to develop cross-selling opportunities between their clients.

While some key projects have been on hold during the past few months, longer-term goals include the rollout of the RAJA Market model – which will make the group’s products available in all its markets – and the international expansion of JPG.

2019: Danièle Kapel-Marcovici’s RAJA Group hit the headlines at the end of July 2019 when it announced the acquisition of Staples Solutions’ entire operations in France, Italy and Spain.

The deal – which is due to close at the beginning of October – included the Bernard, JPG, MondOffice and Kalamazoo direct brands as well as contract units in all three countries representing total annual sales of around €320 million ($350 million).

The acquisition has catapulted RAJA’s annual revenues to more than €1 billion, added around 1,000 new staff members to the group, increased the number of SKUs stocked from 120,000 to 200,000 and grown the client base to a million. RAJA’s strategy is to diversify beyond its traditional packaging products, and the Staples Solutions transaction has positioned the group as a serious pan-European competitor as end-user clients look for single-source solutions in order to streamline their procurement processes.

In additional to this strategic acquisition, other initiatives include rebranding the Rajapack subsidiaries under the RAJA name, developing the internal RAJA Market marketplace and opening new distribution centres in the UK and Scandinavia.

2018: Daniele Kapel-Marcovici has been CEO of Raja Group for 36 years, overseeing its growth and position to the number one packaging supplier in Europe.

On a philanthropic note, Kapel-Marcovici continues to defend the rights of women around the world through the Raja Danièle Marcovici Foundation. Its recent campaign, Women and the Environment, was extended until the end of August and has raised more than £625,000 ($816,000) for charity projects around the world.

2017: France-based Raja Group is a leading distributor of packaging products across Europe. Under the leadership of CEO Danièle Kapel-Marcovici, the company now covers 17 European countries via 20 subsidiaries and serves over 700,000 companies across all industry sectors. Revenues in FY2016 were €502 million ($597 million).

In addition to heading the company, Kapel-Marcovici continues with her work at the Raja Foundation, the charitable organisation she founded in 2006 which supports projects for women who are at the greatest risk of violence, injustice and poverty in France and throughout the world.

2016: Raja Group CEO Danièle Kapel-Marcovici is a worthy inclusion as one of our OPI Top 100 magazine entries for 2016, as she leads the expansion of Europe’s largest packaging reseller.

The France-based group operates in 15 European markets and sales last year grew by 8% to €475 million ($530 million), thanks in part to the 2015 acquisition of retail supplies distributor Morplan which doubled Raja’s presence in the UK. Further European expansion this year includes the Portuguese and Slovak markets.

The Morplan deal also marked another step in Raja’s product diversification strategy, something that has been further boosted by the relaunch of the L’Equipier brand in France. This focuses on the jan/san and personal protective equipment categories, and the continued growth of the Welcome Office online office supplies business.

A catalogue business at heart, more than 30% of Raja’s sales now come from its e-commerce sites, and major investments have been made in digital platforms and tools. The firm’s French subsidiary was recognised for its new website when it won the best B2B e-commerce site award from trade organisation Fevad.

Another major online development is a new marketplace called RajaMarket which will enable the entire product range sold by all the group’s businesses to be available on a single ordering platform.

The Raja Group CEO has also been an active campaigner for women’s rights via the Raja-Danièle Marcovici Foundation. She led a seminar on Women and the Environment at the high-profile United Nations Climate Change Conference, COP21, in Paris last December and the foundation continues to support dozens of projects throughout the world.

2015: The Raja Group is one those rare businesses that has remained a family-owned since its inception.

In the UK, the recruitment of ex-Spicers Sales and Marketing Director Tom Rodda will undoubtedly boost the company’s profile, particularly as it looks to increase market share across all categories including FM and office supplies.