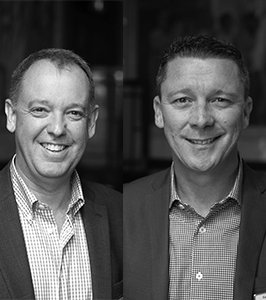 2019: Inovocom – under the watchful eye of co-founders and Directors Craig Noyle and Garry Mc Cluskey – has grown significantly since it launched in 2008 with ten founding members.

The South African financial system continues to present a challenge for the OP sector with an erratic foreign exchange market, high unemployment and a sluggish economy. Despite these obstacles, Inovocom keeps on moving forward and recently published the 12th edition of its office products catalogue for Office Active, as well as its back-to-school publication.

The group remains committed to its alliance with four other international dealer groups – Office Choice, TriMega Purchasing Association (editor’s note: now merged with Independent Suppliers Group and Pinnacle Affiliates),Novexco and Office Friendly – as part of the International Office Products Alliance (iOPA). Through the alliance, Inovocom has launched its member/supplier competition platform through Office Friendly in the UK.

Since then, Inovocom has diversified its operations, currently representing three individual dealer groups that total approximately 130 dealers: Office Active (Southern Africa’s largest independent dealer group of stationers), Office Club and Alliance Furniture. According to Noyle and Mc Cluskey, the different dealer group brands enable all individual dealers to retain their trading identity which is important and has been well received in the market.

On top of the issues facing all operators across the industry, such as the decline in the traditional OP segment and growth in adjacent categories, the local South African market is stagnant and also faces its own unique set of challenges. The volatility associated with foreign exchange and emerging market economies, for example, has forced Inovocom to create and adapt its own relevant solutions. A good example of this is the group’s own in-house e-commerce solution which was developed due to the high cost of international platforms.

Inovocom is also looking to grow its range of services in the Southern African Development Community region, as well as further afield into East and West Africa and other global markets.

The group recently published its eleventh annual office products catalogue for Office Active, as well as a comprehensive back-to-school (BTS) publication, which is linked to a unique online BTS ordering solution that has experienced huge growth year on year. Office Active has also achieved Gold status for HP Inc.

iOPA was created to share knowledge, experience and intellect of globally-recognised companies within the office products market – it’s not an international buying group arrangement – and Noyle and Mc Cluskey are looking at the possibility of hosting the iOPA delegation during 2019 in South Africa.