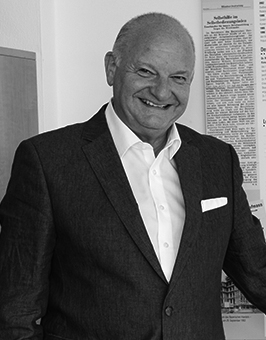 For news on Kaut-Bullinger, click on the following links:

2021: The biggest story to come out of German reseller Kaut-Bullinger in 2021 has no doubt been the announcement that it will close its flagship store in Munich at the end of February 2022, thereby ending its retail presence in the country.

The store – located in a busy shopping area in the centre of the city – has been an iconic part of the German stationery trade since 1970, while Kaut-Bullinger’s retail presence in the city dates back to 1805.

Last year, the company sold the building for a rumoured price of €80 million ($95 million) to commercial property group Signa. At the time, there was speculation as to how long Kaut-Bullinger would remain there, given the high rent and the labour-intensive multi-floor layout of the store.

As Group Managing Director Robert Brech said in a statement: “The COVID crisis has clearly shown that the stationery retail trade in its current form and size can no longer be the focus of our corporate strategy.”

There’s plenty of speculation about the current health – and future outlook and prospects – of this reseller which, in the past, was often hailed as Germany’s largest independent dealer. At Kaut-Bullinger’s customer day in September, Brech referred to that health, specifically from a financial standpoint, pointing to clearing its debts with the retail departure and further investments in its B2B operations, namely the Office + Solutions division. “The magic formula is growth,” he said.

2019: German dealer Kaut-Bullinger celebrated two milestones this year, the first one marking its 225th anniversary. As Group Managing Director Robert Brech points out, in those 225 years the reseller has become one of the few companies in our industry that sells absolutely everything – all the way from a rubber to a completely fitted out office.

At its recent customer day in mid-September, Kaut-Bullinger highlighted another of its core attributes – sustainability. In fact, the whole event, which was attended by about 600 customers and featured exhibits from 100 manufacturers, was given over to this topic. With the reseller now being carbon neutral – the second milestone – visitors were shown through a number of forums the opportunities that are available to all channels from a sustainability point of view, and how any or at least many challenges can be overcome.

Brech also revealed that for the financial year 2018/19, total sales reached €112 million ($124 million), slightly up compared to the prior year.

On a different note, shortly before its customer day, Kaut-Bullinger had announced that one of the joint Managing Directors of Kaut-Bullinger’s Office + Solution division, Cordula Adamek, was to leave the reseller at the end of this year. Adamek is not being directly replaced and that perhaps is no great surprise given that two of the company’s divisions merged a year ago. Fellow Managing Director Bernhard Greinsberger remains in place, leading the division in tandem with Brech.

Brech himself is fast approaching his own March 2020 deadline of completing the restructuring process that he started when he joined Kaut-Bullinger in the summer of 2016.

2018: When Robert Brech joined Kaut-Bullinger as Group Managing Director in the summer of 2016, the reseller was in desperate need of a deep restructuring, with every single aspect of the company coming under close scrutiny. Two years on and Germany’s largest independent is back from the brink, so to speak, with Brech saying that the total turnaround process will be finished by the end of March 2020.

The only part of the business that’s growing at the moment, Brech admits, is the office systems division which includes MPS, furniture and systems installation, maintenance and repair, as well as its 3D and graphics business as part of the company’s agreement with HP. The office supplies business is more or less flat while challenges also remain in retail. Kaut-Bullinger still has 11 stores, but consolidation is ongoing, with probably four more stores likely to close in the short to medium term.

Overall, the reseller’s situation is “comfortable” now, says Brech. “We’ve come a very long way. It’s a different company now, with mostly the same people, many of the same suppliers and customers, but with a changed mentality. The focus is to grow and earn money, make a profit and be really successful again – long-term – and we’re getting there.”

2017: Just over a year into the job at German independent dealer Kaut-Bullinger and restructuring and creating better efficiencies of scale remain the name of the game for Group Managing Director Robert Brech.

The reseller closed three more of its underperforming retail locations in the summer and reopened its flagship store in Munich after some substantial refurbishments. Brech and his team are firmly focused on ‘Workplace 4.0 as a Full Service’ as its most recent and highly successful customer day in September showed. The emphasis is on offering a comprehensive set of workplace solutions and services from its office system house and its new business supplies web shop

2016 NEW ENTRY: Robert Brech is the third Managing Director in the past year at leading German independent dealer Kaut-Bullinger, underlining what a turbulent time it has been for the Munich-based reseller.

As it transpired, predecessor Oliver Mathes’ brief was to stabilise Kaut-Bullinger’s financial situation and transition the company out of its relationship with dealer group Soennecken. With both those goals achieved, and the latter resulting in a new alignment with wholesaling cooperative InterES, it was time to turn to a proven operations leader to take charge of the next phase of Kaut-Bullinger’s development.

Enter Brech, a turnaround specialist whose 35-year career has included spells at major groups such as Metro, Karstadt/Quelle and Woolworth Germany. With that strong retail focus, it doesn’t come as much of a surprise to learn that Brech’s immediate priorities will focus on Kaut-Bullinger’s retail division. He has already identified areas such as inventory management, purchasing, merchandising and product assortment where improvements can be made. It would appear to be a mix of growth initiatives and sections where cost reductions and working capital improvements are possible.

That doesn’t mean that Kaut-Bullinger is looking to reduce its retail network of eleven stores. Just the opposite, in fact. Brech says that he will look to expand the group’s retail operations in a “very intelligent and controlled” manner.

It will be interesting to see to what extent Brech takes a holistic approach to changes at Kaut-Bullinger or whether he has been drafted in to focus purely on the retail side – although it is difficult to imagine the retail network evolving without an e-commerce/omnichannel component.