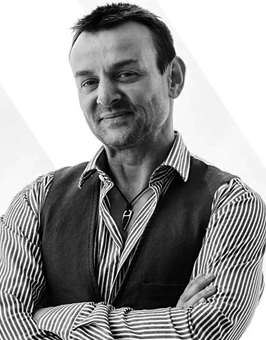 Starting out with a photocopier in the kitchen of Managing Director Udo Böttcher in 1990, the history of Böttcher is not impressively long – but it’s definitely impressive.

For more details on Böttcher and Udo Böttcher, read the following:

2022: Böttcher is a company that continues to impress – with excellent financial results, outstanding credentials as an employer and a real thirst to invest and become even better.

Over the past year, under the continuing leadership of Managing Director Udo Böttcher, it’s delivered on all of the above expertly. In Q1, the German online reseller announced a sales increase of 16% for 2021, bringing revenues to €580 million ($576 million) – another record year.

Fully aware that this level of success is in no small measure the result of dedicated performance and commitment by its staff – and also addressing soaring inflation – Böttcher rewarded its employees with significant salary increases across various pay scales.

Already recognised as a company which offers above-average remuneration as well as other employee benefits, attracting talent is always high on the agenda. And that’s never been more important than this year when Böttcher completed its €100 million expansion project, in the process recruiting a further 80 staff to its previous tally of 600.

It was in August when the online reseller formerly inaugurated its highly automated new facilities which add more than 90,000 sq m (900,000 sq ft) in warehouse space and 7,000 sq m in offices. With a typical turnaround time of one hour – from receipt of order to ready for dispatch – Böttcher is aiming to ship 120,000 parcels daily from the new site, in addition to another 30,000 from its existing premises in the same town.

COVID-19 has been a well-documented enormous catalyst for the phenomenal surge in online shopping. And while Böttcher has hugely benefited from its early-mover advantage, it’s also seen capacity constraints, speeding up the need for additional space.

It hasn’t hindered quality and service, however. In a recent survey that investigated customer satisfaction of online shops, Böttcher was among the top-rated in the ‘office’ category.

2021: Just as it predicted and hoped for last year, Germany’s Böttcher finished 2020 on a high, breaking through the much talked-about €500 million ($579 million) sales barrier. It meant an impressive 20% year-on-year revenue jump for the online reseller.

It’s all about growth at Böttcher, expertly led by company founder and Managing Director Udo Böttcher. A recruitment drive attracted many more staff, bringing the total number of employees to 550. Its €85 million project to build a new 90,000 sq m (900,000 sq ft) state-of-the-art logistics facility and a 7,000 sq m office complex, meanwhile, is moving along nicely, with several departments set to move into the new administrative building this autumn.

The plan is to test all remaining logistics functions in November, so that the warehouse can become fully operational in January 2022. It’s anticipated that Böttcher will have the capacity to deliver 60,000 more parcels by mid-2022.

2020: Doing well in good times is not so difficult. Meeting and exceeding expectations under very challenging circumstances is something else altogether. It’s exactly what online reseller Böttcher has been doing during what was already a stagnating German market, well before COVID-19 hit the world in early 2020.

Managing Director Udo Böttcher and his team of about 500 certainly planned something different for this year, including celebrating the company’s 30th anniversary in some style. That will have to wait for the time being until COVID restrictions ease further. But Böttcher  has been busy serving its six million customers in the current crisis.

With online shopping in general having seen phenomenal growth in the past few months as retail sales ground to a complete halt in March, Böttcher had an exceptional period, with sales in April alone up 40% compared to the same month last year. According to a survey on online visibility of office products resellers in Germany, the company came second, behind only Amazon. Out of all e-commerce operators in the country, Böttcher has entered the top 20, with steady further ranking growth envisaged.

All the demand has put a severe strain on the reseller’s operations, especially at a time when many members of staff had to resort to homeworking due to child care issues, for example. Logistically, Böttcher has been running on full capacity for the past few months, owing to unprecedented demand, particularly in product categories such as jan/san, PPE and safety.

Shortages from some of the better known manufacturers have meant the quick onboarding of new vendor partners which, says Böttcher, bodes well for the future prospects of these players, as end users may remain loyal to these new entities.

The company’s expansion work of both its distribution as well as office facilities, which began last year, is on track. The warehouse is expected to come on stream next year and then be fully operational by mid-2022.

2019: Germany-based online reseller Böttcher is one of the anomalies in our industry in that it keeps bucking the negative trends and exceeds its own expectations. 2018 is a good example when sales increased by €85 million to €365 million ($409 million). 2019 plans are ambitious again, with Managing Director Udo Böttcher predicting revenues of €430 million, an impressive 18% increase.

Böttcher’s statistics all round are staggering: it has over four million customers in total, half of them in the B2B sector, and offers more than 150,000 products in an ever-growing range of categories.

The reseller’s core strength lies in its online and logistics expertise. The way the business is run is so cost-efficient, says Böttcher, that it benefits both its suppliers and customers in terms of their revenues and margins. Automation and optimisation in all its processes are key to offering a seamless and fast client experience.

On the logistics side, the company began the building work on its new warehouse and offices in 2019. The new facility will ultimately increase capacity for both the distribution and administrative side of the business.

Despite being an employer that offers a wide range of benefits, not to mention above-average wages, Böttcher refers to the recruitment of skilled personnel as one of the main challenges of the business.

2018: Germany-based online reseller Böttcher – it dropped the ‘Büromarkt’ from its name last year – continues to excel in a competitive market, with phenomenal growth of 31% in the first half of 2018.

H1 sales came in at €172 million ($199 million), due in part to the company’s ever expanding product range and its user-friendly, e-commerce-focused purchasing experience.

Such exceptional growth requires considerable investment in both its facilities and manpower, says Managing Director Udo Böttcher, and this is exactly what the company is doing.

Böttcher has always stressed that its biggest competition is Amazon, so it must have been hugely satisfying for him and his team that a recent study – eVisibility Büromaterial 2018 – which investigated the visibility of Germany-based OP resellers online, put Böttcher at the top of the list, ahead of amazon.de in second place.

The company has long recognised the importance of e-commerce and has often been first to market with its technologies and initiatives, certainly among the ‘traditional’ competition. Indeed, as Managing Director Udo Böttcher has pointed out in the past, the biggest competition – and definitely the one to watch in the future – is Amazon.

The company is certainly holding its own against the mighty e-commerce giant. Earlier this year, Böttcher scooped the Reseller of the Year award in the over €100 million ($118 million) category at the European Office Products Awards.

It’s easy to see why. In 2016 alone, the reseller saw a sales increase of 54% compared to the previous 12 months to €216 million. Achieving that in a declining market is impressive and means taking considerable market share from the competition.

To accommodate this growth, 2017 has been all about investment for Böttcher. At the beginning of the year, the company began expanding its logistics facilities. The aim is to increase capacity to be able to ship 40,000 packages a day, from 18,000 parcels before expansion began.

2016: 2015 was the 25th anniversary year of Büromarkt Böttcher and it seems there’s no stopping this phenomenal reseller that became one of the first OP companies in Germany to wholeheartedly embrace the internet as a selling platform – from tiny roots in the late 1990s it developed to become a pure online player.

Last year’s financial results were impressive with sales of €140 million ($159 million) in a tough marketplace. But what’s even more impressive is that revenues were up 40% compared to the previous year, hitting even its own expectations of 25% growth completely out of the ballpark.

Founder and Managing Director Udo Böttcher – who first learned about stamina, perseverance and tenacity in his years as a junior and then professional gymnast – attributes Büromarkt Böttcher’s success to its longstanding experience in the internet business, an unrivalled speed to market compared to its competitors and outstanding customer service.

Most importantly perhaps in today’s challenging business environment, it’s a company that is growing rather than flat-lining, with predictions of a “substantial” revenue increase for the whole of 2015, due – in large part – to excellent customer attrition and retention.