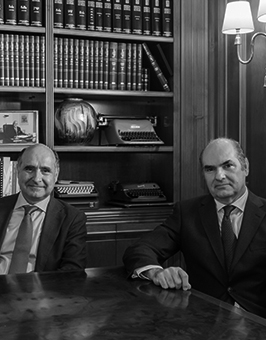 For more information on Carlos and Rafael Benavides and Comercial del Sur, read the following articles:

2019: Comercial del Sur has had an excellent year, benefitting from the demise of ADVEO in its home country while also making headway in neighbouring France.

With total 2018 revenues of about €110 million ($122 million), split between its operations in Spain (62%), France (30%) and Portugal (8%), Comercial’s core strength – in product terms – continues to be traditional office products and school supplies. But, as the Benavides brothers point out, there are big plans to expand its facilities offering, something that so far, they say, has been somewhat of a “slow burner”.

Progress is also being made in France. In the first quarter of 2019, Comercial bought the assets of French office superstore chain Hyperburo by acquiring the goodwill. It was the second – albeit quite different – deal that continued several years of investments in France, all with the aim of becoming a notable player in that market.

2018: The Spanish branch of Spain-based wholesaler/dealer group Comercial del Sur saw a double-digit increase in revenues during the first trimester of 2018, with a new export department created specifically to deal with its burgeoning international sales operations. New land was also acquired adjacent to its current premises in Guadalajara to enlarge its logistics facilities.

Its French operations also saw positive results, with similar double-digit growth in the first trimester. Comercial’s Rouge paper store and website has now been relaunched with the aim of attracting new members and OP suppliers.

In other news, the company’s line of paper and cardboard products sold under the Linderpapel brand is undergoing a significant restyle and its assortment of gift products has been the subject of further development.

2017: As a family-run business founded in 1958 by Rafael Benavides Liébana – Rafael and Carlos’ father – the brothers have been working full-time for the company since they finished university in the 1980s.

In the past year, the group has made a lot of progress integrating its business offerings with its customers mainly in logistics, marketing and software.

It is also currently working to fine-tune its new logistic systems at its Guadalajara premises in Spain, which aims to be much more efficient in terms of order servicing.

In France, it carried out a complete reorganisation of its dealer group subsidiary Comlandi, making it much more competitive by modernising and updating services in all operating areas. It has also successfully launched an ERP offering, alongside new and expanded product lines including Q-Connect and Liderpapel.

As for the future, the brothers say the market is changing rapidly and the group must remain open for further opportunities. To this end, it is currently in the process of identifying future acquisitions which may complement development in the wider wholesaling segment.

Comlandi has around 2,700 clients in France, including its own Rouge Papier retail/dealer network. After ensuring that service levels were back up to speed following the change of ownership, Comlandi has been looking at pushing the Comercial del Sur-made Liderpapel school supplies brand in France and providing added-value services such as drop shipments to end users.

Projects at Comercial del Sur in Spain-based wholesaler/dealer group Comercial del Sur. have included the relaunch of the purchasing and marketing departments of the group’s companies, exploring further international development opportunities and the opening of a new cash and carry outlet in Madrid.

2015: A new entry into this year’s Top 100 is Spain-based wholesaler Comercial del Sur, run by brothers Carlos and Rafael Benavides, following its expansion into France with the acquisition of wholesaler/dealer group and fellow Interaction member RP Diffusion (now renamed Comlandi) in May 2015.

Following the acquisition, the main priority was to restore customer service levels – which had fallen when RP Diffusion was placed into administration – and confidence in Comlandi, something which was achieved by the injection of €4 million in working capital into the business.

No doubt taking advantage of ADVEO’s issues in Spain, Comercial del Sur has been seeing double-digit growth in its home market in the past couple of years, with annual sales – excluding Comlandi – now approaching €60 million ($66 million).