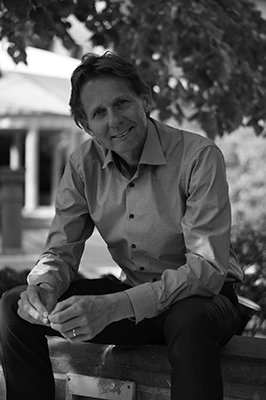 2021: As of August 2021, Quantore’s year-to-date sales were in line with those of 2019, a performance that Managing Director Arnold Theuws is satisfied with. There was actually a low single-digit increase in 2020 thanks to strong demand for COVID-related products, although this has somewhat subsided now. Other categories such as ink and toner are also proving to be challenging due to supply constraints and market dynamics. Nevertheless, the small decline between 2021 and 2020 was still a resilient performance, especially give that Quantore’s retail customers had been hit by 12 weeks of store closures earlier this year.

It’s been a busy period for the Netherlands-based wholesaler and dealer group, which turned 100 in 2020 – although the ability to physically celebrate this milestone was hampered in both its anniversary year and in 2021.

Its new state-of-the-art warehouse went live at the beginning of 2020 – doubling the group’s storage space. Since then, it has introduced a new ERP system, an implementation it was able to compete despite staff working from home. In June 2021, a warehouse automation project went live, and improving productivity is an ongoing priority for the rest of the year.

There have been some interesting market developments in the Netherlands. Amazon entered the market in 2020, but Theuws says he has not seen any impact from this so far on Quantore. A bit closer to home are the recent acquisitions of Office Centre and Staples Benelux by private equity firm Standard Investment. Quantore has supply and distribution agreements with Office Centre, and how this situation evolves over the next few months is something Theuws is keeping a close eye on.

2019: After an impressive 2018 with both Netherlands-based dealer and distribution group Quantore and its Managing Director Arnold Theuws picking up accolades at the European Office Products Awards (see below), this year has been one of simply getting on with business.

This job has been made easier with the addition of industry veteran Dennis Albers who is now the Dutch wholesaler’s new Head of Purchasing and Category Management. He joined at the beginning of 2019 from then struggling European – and now partially defunct – wholesaler ADVEO where he had been European Category Director since 2012.

The timing couldn’t be more perfect as the increase of Quantore’s warehouse capacity to 35,500 sq m (355,000 sq ft), which is an increase of around 70%, has now been finalised and a multi-year agreement has been signed with Dutch reseller Office Centre.

This builds on last year’s deal with German e-commerce and data specialist firm PBS Network which makes it easy for direct orders to be placed with vendors through Quantore, taking out cost from the channel.

Sustainability is high on the agenda for Theuws and his team and this is especially true when sourcing for the wholesaler’s private label brand – 55% of this range is now ‘green’. Its environmental catalogue The Green Book already features more than 3,000 sustainably-produced products and is growing on a yearly basis. Quantore is also actively involved in Sustainable Office, an industry-wide initiative that aims to inform buyers and end users of sustainable office supplies.

2018: Arnold Theuws’ contribution to the European business supplies industry has certainly not gone unnoticed. Most recently, he was the recipient of the Professional of the Year award at the EOPA in March this year, part of OPI’s invitation-only Partnership event in Amsterdam, the Netherlands.

This prestigious accolade seeks to recognise individuals who are ambitious, dedicated and successful in their company and their channel at large.

Quantore also picked up the Wholesaler of the Year award, in itself an indication of Theuws’ credentials.

What’s more, Theuws has built a solid foundation upon which to pursue his vision to grow and win market share in the declining OP sector. This includes Quantore’s renowned logistics facilities and sophisticated warehouse, as well as its continuous investment back into its operations as a not-for-profit organisation; not to mention its central branding initiative which launched mid-2017 and its fledgling tender business.

2017: Quantore’s Managing Director Arnold Theuws has been busy preparing for the next phase of development at the Dutch dealer group. He has ambitious plans to further expand the organisation’s logistics capabilities and is working on a number of other initiatives, all aimed at helping its independent resellers better compete in the local marketplace.

Considerable investments in content and technology systems to prepare for the future are part of the longer-term plan. More immediate is Quantore’s focus on its central branding strategy, designed to help dealers better communicate with their customers as well as offer a strong private label. It’s early days yet, and so far about 130 of the group’s 430 dealers have signed up for the new concept which is a pick-and-choose programme and requires them to buy at least 70% of their total OP volume from Quantore.

Going exactly to plan is Theuws’ ambition to move further into the contract business. Earlier this year, Quantore won its first major tender with a total contract value of €500,000 ($590,000), in the process standing up to the likes of Staples, Office Depot and Lyreco.

For more information on what’s been going on at Quantore and its markets, see our Big Interview with Theuws in the October issue of OPI

2016: 2016 has been another interesting year for Netherlands-based dealer group and wholesaler Quantore. On the very positive side, it was the organisation’s best year ever in terms of turnover, productivity and profit, according to Managing Director Arnold Theuws.

2016 was also the year that Quantore decided to leave purchasing alliance Interaction (effective the end of this year). This comes just two years – by the time the agreement is terminated – after Quantore left BPGI to join Interaction. As Theuws says: “We concluded that the fit between Quantore and Interaction was not compelling enough to make irreversible decisions in terms of our private label strategy/assortment.”

He adds that the group is now investigating different alternatives and hopes to make some important decisions regarding its branding strategy soon. This will also coincide with a comprehensive media campaign.

While Theuws admits that it will be difficult to outperform a hugely successful 2016, there are a number of initiatives in the offing that could really make a difference in 2017. These include a foray into the tender business, an area Quantore hasn’t been involved in so far, and international expansion on the wholesale side.

2015: 2015 has been a period of ‘getting on with business’ for Quantore Managing Director Arnold Theuws following the organisation’s departure in late 2014 from BPGI.

The €140 million ($190 million) Netherlands-based wholesaler and dealer group left to join Interaction, which Theuws says was primarily due to a closer strategic alignment with its members in terms of a focus on multichannel distribution and warehouse operations, for example, as well as access to the Q-Connect brand.

2015 has been a very successful year so far, with its net financial result the highest in its history; it also reached its highest-ever scores for its logistical performance. Theuws says one of its main initiatives during the year has been the branding of its dealers under the Quantore umbrella with 75 members already changing their outlets.

Other notable mentions include its entrance into the French-speaking Belgian market, rebranding of its private label and enlarging its facilities management assortment.