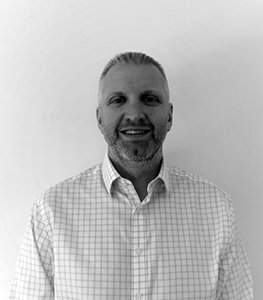 2021: Since becoming Managing Director of UK B2B distributor Exertis Supplies in 2019, Andrew Beaumont has led a team that has grown stronger through the uncertain times we have all endured.

During this period, he has used the focus that COVID-19 has brought to the company to prioritise staff and their welfare, as well as adapting and evolving the business quickly to enhance Exertis Supplies’ offering to the market, improving data, range and stock levels to accommodate increasing demand.

The company concentrated on servicing its long-established customers as well as developing new partnerships with dealer groups Advantia and Superstat during the second half of 2020. Those relationships continue to advance as the economy starts recovering and leaves the wholesaler well positioned to take advantage of the growth that will come.

Comments Beaumont: “When I became Managing Director, I said that little had changed in the baton being passed to me. Today, I would say a tremendous amount has changed. While maintaining our principles of ‘Keep it Simple’ and ‘Always your Supplier, Never Your Competitor’, we have significantly accelerated planned alterations to make us capable of being a dealer’s number one wholesaler.”

In what was part of the company’s succession plan, Beaumont moved up from his Operations Director role, succeeding Advani who has taken on the role of Commercial Director. For his part, Advani will continue to travel throughout the UK and Europe developing vendor relationships, which remain key to the success of the distributor.

It’s no surprise that Beaumont has been described as the natural choice for the Managing Director position, as he knows the Exertis Supplies business well. He first joined the firm in 1998, when it was known as Advent Data, and led the finance team when the business was acquired by current Ireland-based parent company DCC in 2011. He joined the Myers Group in 2014 as Head of Finance, before returning to Exertis Supplies as Operations Director in 2017.

Says Beaumont: “Little has changed since I’ve taken over as Managing Director – we have a formula that the business has successfully followed for many years and I see no reason to change this. We are the same management team with the same vision – just different job titles. The change allows us to focus on our strengths and it is all part of the evolution of the company as we grow into new areas.”

Indeed, Exertis Supplies clearly has found a winning proposition, as highlighted when it received the Wholesaler of the Year accolade at the European Office Products Awards in March for the second time in three years.

Judges rewarded the operator for doing very well exactly what it sets out to do – focus on low cost, speed of delivery and product range, as well maintain superb dealer and vendor connections and relationships. Adds Beaumont: “Our aim, as it always has been, is to ensure that we are the kind of business that both suppliers and customers want to deal with.”