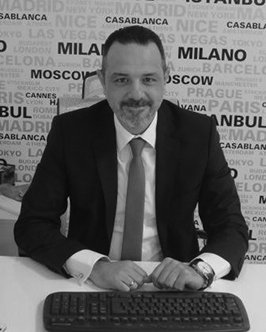 2019: Despite economic difficulties in Turkey, Akoffice has seen continued growth this year, according to Alper Kisa, the company’s Vice General Manager.

Efficiency improvements at its new logistics centre are positively affecting revenues which soared by nearly 70% in the first four months of 2019, compared to the previous year.

Investment in new technologies has also enabled Akoffice to reduce staff costs by 10%, which has further benefitted the bottom line of the business.

2018: According to Alper Kisa, Vice General Manager of Akoffice, this year has seen the company building on the investments it made in 2017. Higher efficiency saw operational capability increase by 75% compared to the previous year.

At the same time the company has been focusing on gaining new customers which has resulted in sales growth of almost 12% over the first five months of 2018. Akoffice is targeting continued double-digit increases over the next five years.

2017: The past year has been busy for Akoffice having settled into its new logistics centre and solidified its Lyreco partnership.

With the implementation of some “serious software” and the integration of its conveyor systems and automatic racks, Akoffice has increased its order production process by 30%.

With a focus on operations and investments, Vice General Manager Alper Kisa says the company fell to single-digit growth (8.3%) for the first time in almost two decades in 2016. However, the increased capacity means Akoffice is targeting growth of 25% or more in 2017.

2016: The key strategic focus for leading B2B Turkish reseller Akoffice in 2016 has been the move to a new 15,000 sq m (150,000 sq ft) distribution facility that has more than doubled the company’s logistics floor space. State-of the-art systems have enabled Akoffice to improve its operational performance and make it more efficient in areas such as e-commerce.

The strategic partnership with Lyreco continues to work as planned, and purchasing efficiencies have been achieved through Akoffice’s membership of EOSA, the European Office Supplies Alliance, which came into effect at the start of the year.

According to Vice General Manager Alper Kisa, Jan-Aug 2015 sales were $23.5 million – already fast-approaching 2014’s full-year sales of $28.5 million. Part of the increase is due to the reseller’s strategic partnership with Lyreco, which Kisa says continues to grow.

According to Kisa, not only will the increase in storage space improve productivity, but the use of a new highly automated warehouse system will also boost operational performance.