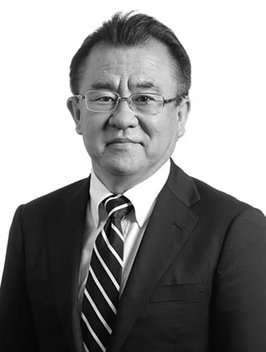 2021: Japan’s economy continues to be hit by the COVID-19 pandemic, with the government only lifting its most recent state of emergency at the beginning of October 2021. Against this backdrop, Askul is banking on its strength in e-commerce to grow market share.

Its mainstay B2B business grew revenue by almost 5% in the financial year ending in May 2021 to ¥345 billion ($3.03 billion) thanks to a surge in products such as masks and sanitisers. In the first quarter of the current financial year, sales grew in the low single digits as categories such as office supplies began to recover. At the same time, demand for infection control items has started to soften.

The LOHACO B2C joint venture with Yahoo Japan (now known as Z Holdings) is still losing money (to the tune of ¥4.2 billion in FY2021), but CEO Akira Yoshioka has vowed to achieve profitability at this unit by May 2023.

That promise forms part of a medium-term strategic plan which aims to grow group sales to ¥550 billion over a four-year period – an average annual growth rate of more than 6%.

Initiatives include the implementation of a new web platform for the B2B business and a focus on verticals such as medical and nursing care, and manufacturing. The plan is to double the total number of products available to B2B customers to 18 million, with own brand ranges set to increase by 40% to 12,000 items. Supply chain efficiencies are also planned, including the integration of the B2B and B2C distribution centre networks.

2019: After a tumultuous few months for Japanese reseller Askul that has included the company’s two largest shareholders ousting long-standing CEO Shoichiro Iwata and three external directors, all was quiet at the time of going to press.

Replacing Iwata is board member and new Top 100 entry Akira Yoshioka who, until his appointment as CEO in August, was COO of the reseller’s B2C LOHACO e-commerce joint venture with Yahoo! Japan – incidentally, also Askul’s largest shareholder (45%).

Interestingly, at the heart of the dispute was the failure of LOHACO to turn a profit, which has resulted in an ugly public spat between the two joint owners. Askul looked to exercise its right to insist that Yahoo! Japan sell its stake after the internet giant had demanded that the LOHACO division be sold, putting the blame for its mediocre performance squarely at Iwata’s feet.

For the year ended 30 May 2019, despite reporting double-digit sales growth at LOHACO, the division posted an operating loss of ¥9.2 billion ($85 million). While the reseller is expecting an improvement in its probability, it is likely to still make a loss of billions of yen for the current financial year.

Yahoo! teamed up with fellow investor Plus Corp to vote against the reappointment of Iwata at the beginning of August at the annual shareholder meeting, forcing his retirement from the company. All of this perhaps makes Yoshioka’s appointment somewhat of a surprise move considering he held the COO mantle at the e-commerce division from its launch in 2012. The 51-year-old has been with the reseller since 2001 and during this time has held several senior positions including General Manager and Executive Officer.

Accordingly, Askul and Yahoo! are still in discussion over their future relationship and the rest of 2019 could turn out to be quite interesting for Askul and its new CEO as the Yahoo! saga is not over yet.