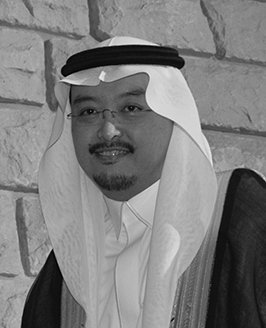 2019: Saudi Arabia-based Hoshan Pan Gulf (HPG) is one of the largest marketing and stationery distribution companies in the region, serving the Middle East, Commonwealth of Independent States (known as CIS) and many African countries.

According to CEO Abdulrahman Ibrahim, this large geographical spread, coupled with an efficient supply chain, has enabled the group to become one of the best operators in the region.

In March, HPG was one of the main exhibitors at this year’s Paperworld Middle East event – the pre-eminent international trade expo for the stationery, paper and office supplies industry in this part of the world. The company showcased its products from across many categories, including writing instruments, school supplies, office tools, and arts and  crafts. It has also recently moved into the DIY sector.

2018: Abdulrahman Ibrahim continues as CEO at Saudia Arabia-based HPG, one of the largest marketing and stationery distribution companies in the region, serving the Middle East, CIS and many African countries.

Ibrahim has been at the helm of HPG since 2015. Prior to that, he was the company’s COO, a position he assumed in 2013. In total, he has over 21 years of experience in supply chain management, procurement and distribution.

With a network of local branches in key cities within the MEA region, the company’s move to a SAP-based ERP software system has helped improved efficiency across all its business functions. Under Ibrahim, HPG is deploying its successful strategies to pursue its goal of entering and developing new markets.

2016: Celebrating more than 50 years in business, HPG under the leadership of Ibrahim is going from strength to strength as it begins to bear the fruit of the transformation and restructuring it has undergone in the past few years.

The company is now focusing on its distribution expertise and is reaping the benefits of giving priority to improving in-store visibility through merchandising and partnering with key customers.

Under the new leadership of former COO Abdulrahman Ibrahim, the company continues on its journey of transformation and restructuring.

So far, the strategy has enabled the reseller to run its operations more efficiently, particularly as it integrated all its systems through a new SAP ERP implementation. Ibrahim, who took over as CEO in March 2015, says the vision is to triple business in the Middle East, Africa and the Commonwealth Independent States.

In order to focus on its core expertise in distribution, HPG has exited from its manufacturing and printing & graphic arts business. In addition, the reseller has ambitious plans to expand in the B2B channel by penetrating the OP contract business through partnering with leading multinational companies as well as entering adjacent industries.