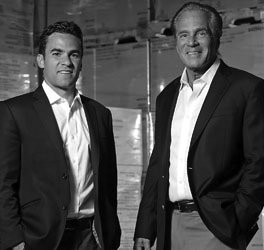 Although acquired by Bain Capital in 2019, foodservice and jan/san distributor Imperial Dade continues to be led by father and son team, Robert (CEO) and Jason Tillis (President). The company serves 80,000 customers across the US, Puerto Rico and the Caribbean from over 100 distribution facilities.

For more information on Imperial Dade, read the following:

Imperial Dade acquires in the Midwest

2021: Over the past few months, the Imperial Dade father and son leadership team of Robert and Jason Tillis has continued its acquisition spree to grow and extend the company’s geographical reach across the US.

In March this year, it bought Cosgrove Enterprises, one of the country’s largest distribution organisations in the Southeast. Miami-based Cosgrove – founded more than 40 years ago – has six facilities in Florida, Georgia and Tennessee.

Also in March, Dalco Enterprises joined the Imperial Dade fold. Headquartered near Minneapolis (MN), Dalco is a leading distributor of janitorial supplies in the Upper Midwest region of the US, with six facilities across the states of Minnesota, Michigan and Wisconsin.

In a refinancing move to help support its acquisition strategy, Imperial’s holding company  BCPE Empire Topco announced in April that it had closed a private offering for $660 million in senior notes that was open to institutional investors.

This was followed by two more purchases in June – East Continental Supplies, a Florida-based speciality distributor of cleaning equipment and jan/san supplies; and Moresco, a leading supplier of packaging products to foodservice clients in California and the Pacific Northwest region.

Three further organisations in July and August took the tally of acquisitions to 39. The first of the three additions was EBP Supply Company, a family-owned business founded in 1918 that used to be known as Eastern Bag & Paper. Headquartered in Milford, Connecticut, EBP also has locations in Massachusetts and New Jersey. Next was a purchase in Colorado – foodservice packaging and janitorial supplies company Western Paper. Western has other locations in Arizona and New Mexico.

Finally in mid-August, company number 39 joined the business – Randik Paper, a supplier of cleaning and hygiene products and services, headquartered in California.

No doubt, there’s plenty more activity to come. Imperial Dade now has almost 90 distribution centres throughout the US.

2019: Jason Tillis is President of US foodservice and jan/san supplies firm Imperial Dade. He shares the company’s leadership with his father Robert, who’s the CEO. The Tillis duo are a new Top 100 entry for 2019 as the company has made a considerable number of acquisitions over recent years, which have led to it becoming an increasingly important operator in the business supplies space.

The firm started life in 1935 as Imperial Bag and Paper operating out of New Jersey. Robert Tillis bought it in 2007 and in September 2011 purchased Burke Supply Company, a metro-New York distributor of janitorial supplies, paper goods, safety supplies and industrial packaging. After closing this deal, son Jason was given the position of President.

Since then, Imperial has been buying a wide range of companies, in the process growing rapidly and extending its geographical reach across the US. In 2017, it was given the opportunity to purchase Dade Paper, a Miami-based business that had been a distributor to restaurants, supermarkets, cruise liners and other foodservice establishments in the Eastern United States since 1939. The deal between the two companies was so significant that Imperial Bag and Paper changed its name to Imperial Dade immediately after the acquisition took place. Today, Imperial Dade serves more than 40,000 customers through a footprint of 27 branches operating in 13 US states.

2019 has seen Imperial Dade make a number of important strategic moves. In February, it acquired the New Jersey branch of Joshen Paper & Packaging – a distributor of jan/san, packaging and office supplies based in Cleveland, Ohio. Then, in April, it purchased Edmar Cleaning, a distributor of paper, plastics, chemicals and jan/san products serving New York, New Jersey and Connecticut. Most recently, in June of this year, the company make its 22nd acquisition with Strauss Paper, a jan/san distributor serving the New York tri-state area.

In a separate development, in May this year, private equity powerhouse Bain Capital took a majority stake in the company, though the Tillis father and son team continues to lead the firm. According to Imperial Dade, Bain’s extensive resources and experience with industrial distribution will help drive the business through its next phase of growth and continue to strengthen its value proposition and service offering.